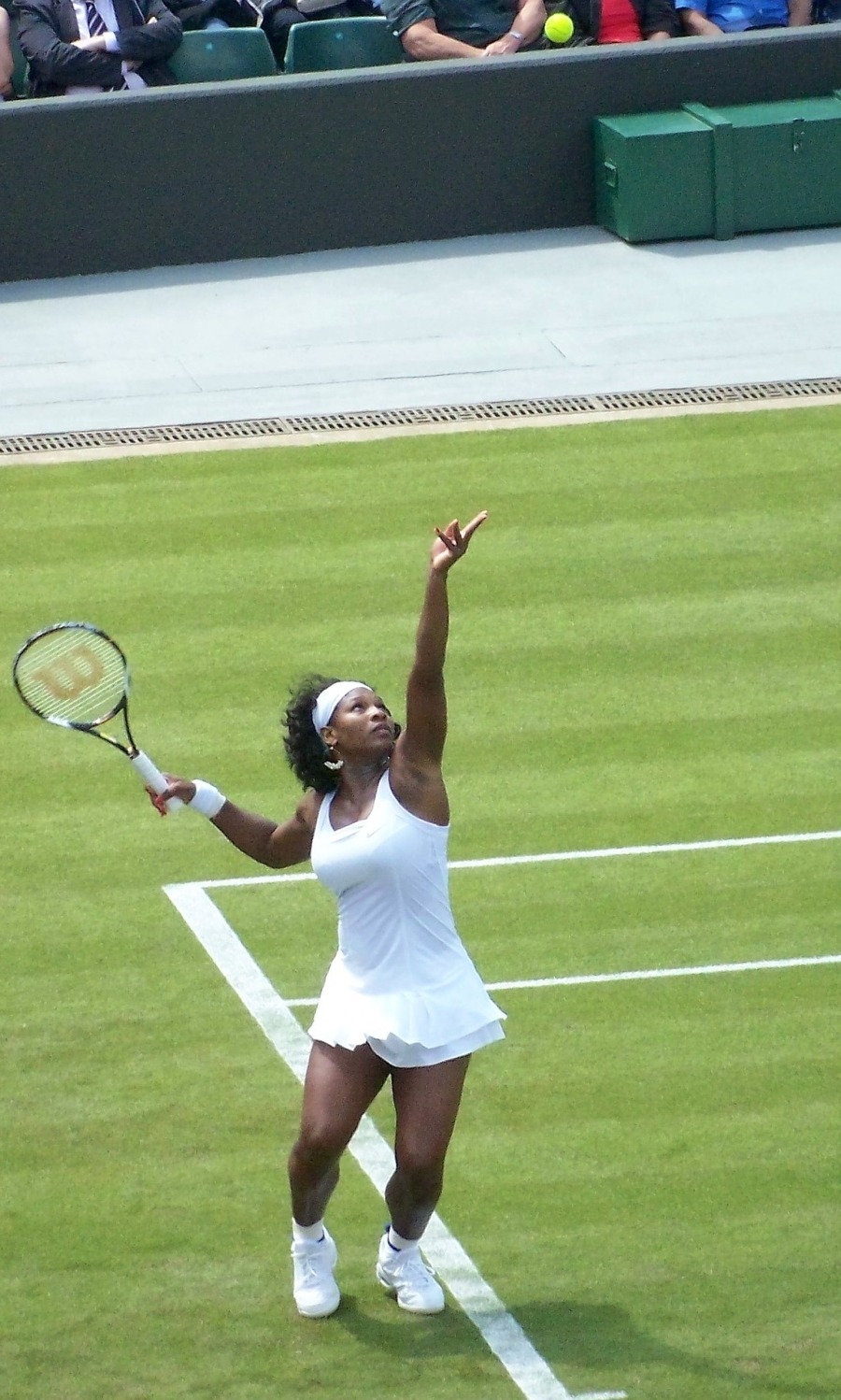 With the US Open in full flow, tennis fashion took a hit earlier this week when it emerged that there was to be new dress code for the French Open.  Not content with renovating the tennis courts and the stands, Roland Garros will implement a tennis wear dress code, which is thought not to be as strict as The All England Club.  Although details of the code are yet to be set in red clay, comments from Giudicelli set out that Serena Williams’ catsuit, which lit up the tournament last year, will not be allowed.  By Roland Garros following Wimbledon with a dress code it should be asked, would the catsuit have been allowed at SW19 if it had been in white?  We should also ask would an outfit worn by Roger Federer or Rafael Nadal have received such treatment?

The bodysuit, or catsuit as it has often been referred to, was worn by Serena Williams at the French Open.  It was black, with a red belt and the Nike swoosh at the centre of the torso. It had short sleeves and was full length to the ankles.  The fashion side of the suit has not been missed and with some well timed superhero movies being released, it was likened to the suit a superhero would wear. Who can argue with that – Serena is a player who provides a super human level of competition.  She has also never been one to miss out in the fashion stakes, but the suit was designed more for function. The suit was conceptualised as a compression garment so as to reduce the chance of blood clots building up, a condition that Williams suffered from after giving birth.

Such suits have appeared in a number of other sports. Remember the “flight suit” worn by the great Cathy Freeman at the 2000 Olympics. But Williams isn’t the first Tennis player to wear skin tight outfits on court. Nick Kyrgios has often been seen wearing compression leggings. Rafael Nadal wore a skin tight Nike pro vest to the US Open once. Yet no official wanted to make a change to the dress code after Nadal wore it. The most comparable example however is the outfit that Anne White wore to Wimbledon in 1985. This was an all white bodysuit and it caused quite a stir. Interestingly she was allowed to play wearing it, but asked to choose a different outfit after the match was delayed for a day because of rain. Now Wimbledon takes the precaution of having designs for tennis outfits submitted in advance, a step that the French Open appears to be copying.

But the French Open is missing a trick. It has always been considered the tournament of more style and flair when compared to the All England Club. The loose clay being in contrast to the pristine lawns, the boisterous crowd compared to he silent spectators, the dashes of colour against the all white dress code. It was the tournament that let the Parisian style give it a little edge. With more adventurous camera work, the victor signing the lenses for the audience, interviews taking place on court, the French Open always had a relaxed charm about it.

By not having a dress code policy for so long, the French Open has encouraged the stylists to push the envelope with more daring designs. Vogue and Esquire often give a spread to the outfits worn at the tournament. Organisers will have to hope that the action they take doesn’t dent this fine reputation or indeed allow Wimbledon to become the fashionable grand slam as it has threatened to be for so long.

This begs the question – would a white version of the catsuit (like the one worn by Shrive) have been allowed at Wimbledon last year? There certainly would not be any sort of trade mark issue like the one Federer faced last Wimbledon.

There is nothing in the Wimbledon dress code rules that actually prevents the wearing of catsuits (for women or men).

Competitors must be dressed in suitable tennis attire that is almost entirely white and this applies from the point at which the player enters the court surround.

Any under garments that either are or can be visible during play must also be completely white except for a single trim of colour no wider than one centimetre. In addition, common standards of decency apply.

The word “suitable” in Rule 1 does mean that the tournament director has a level of discretion for determining what is acceptable Tennis attire.  However, without the red belt, a version of the catsuit could fit within the rules provided that it was white. If the suit was considered to be an undergarment, because of its skin tight fit, it would still be acceptable under Rule 9. Given some of the outfits worn previously it would be hard to argue that such an outfit was the first seen at Wimbledon to contravene the “common standards of decency” rule.

Earlier this year Nike had to respond when female players found that their dresses rose up above the waist line when serving.  Briton Katie Boulter used a headband to secure the waistline of her dress during qualifying.  Wimbledon allowed the design because it complied with the colour code – surely a white version of the Serena catsuit would be allowed.

Whether it would be or not.  Serena has already said that she would not return to the outfit – lightning doesn’t strike twice.  We just have to wait and see the form that a French Open dress code will take.